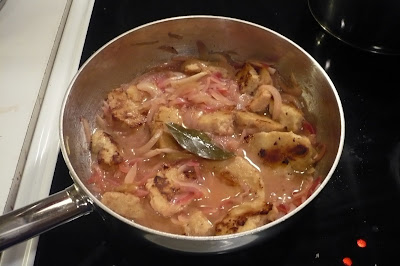 Those who know me also know that (despite being a feminist) my real passion in life is food. You might think that's not so surprising coming from a French person. But seriously, I can spend a whole day in the kitchen, just trying out new recipes and attempting to reach perfection. Nothing pleases me more talking about food, except well, eating good food...

When I became vegetarian, about two years ago, it radically happened over-night, but it was still quite easy. While I was not missing meat itself, I was definitely missing my mom's lasagna. I thought that I had to say goodbye to a whole part of my food life, because I didn't know how to replace meat, and also because I was too scared of being disappointed. When my fiancé talked about vegan carbonara, I couldn't help but roll my eyes. I mean, carbonara without cream, egg and beacon!?

For a little while, being vegetarian meant that I had to restrain myself, until I realised it meant the opposite. For a few months I didn't changed my habits, I just took the meat away from my plate. But the more I got interested in vegetarian cooking, the more I discovered new foods and, up till then, completely obscure ingredients. Living in London at that time certainly helped. Little by little, tofu, seitan and tempeh lost their mystery and I realised I was the one restraining myself: if I wanted lasagna, I could still have it!

So here is my first recipe! Yassa is really one of my favourite dishes, because it is so simple and easy to make, but taste like heaven. It is originally from Casamance, but well known in the rest of Africa and commonly made with chicken or fish. At home, my mom would make it at least once a week. Not so long ago, while we were in Niger, Edvin, my fiancé discovered it. For 6 weeks we almost exclusively lived on it (that and plantains). Of course, there are plenty of variations of yassa. In Niger, I found out that it's made with mustard and that's how Edvin likes it best. I even found recipes mentioning garlic. The recipe I give you here comes from my Senegalese grand-mother.

1. Cut the seitan in medium size pieces, about 1 cm wide. Marinate the pieces in the lemon juice for 5 minutes (it works pretty fast).

2. Wash the rice and cook it with 30 cl of salted water on low heat. Cover the pot.

3. Strain the seitan and in a pan, fry with 1 tbs of oil until golden. Set aside the juice, you will need it later. Meanwhile chop the onions. I like my yassa best when it's made with a mix of yellow and red onions. Cut them in half, lengthwise, and then slice each half (not too thinly or the onions will get soggy, you want them to stay firm).

4. Once the seitan is fried, put it asside. In a stewpot, pour 2 tbs of oil and add the onions. Fry them on medium heat until golden. They should not get brown.

5. When golden, add salt and pepper, the thyme and the laurel, and the rest of the marinade that you would have previously mixed with water. You can also add the chili-pepper. It will give the meal a great and typical flavour without being too spicy. Just remember to put the whole chili in. Don't cut it and be careful when stirring. You don't want the seeds to come out!

6. Don't forget to check on the rice. It should be done in about 15 minutes.

7. Just when the sauce starts boiling, lay the seitan on the translucent onion bed and cover for 15 minutes on very low heat. Before serving try the yassa. If you find it a bit too sour, just add a pinch of sugar.

Unless otherwise stated all photographs are by me. If you would like to use any of my pictures please do so with a credit and a link.